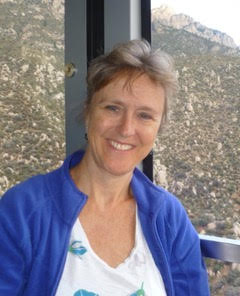 The bookends of prayer

Having grown up in the tradition of the Bahá’í Faith, regular devotions were always part of our household practice — including my parents saying prayers with me from a young age.

In the Bahá’í book of laws, there’s a directive to “recite ye the verses of God every morn and eventide.” Admittedly, I have “fallen off the wagon” a bit recently given a new, young dog that takes my time in the mornings, but writing this article is reminding me of the importance of this edict. I recall a framed saying of my mothers with similar advice, “when your day is hemmed with prayer, it is less likely to unravel.”

The directive from the Bahá’í writings goes on to say to “read ye the sacred verses in such measure that ye be not overcome by languor and despondency. Lay not upon your souls that which will weary them and weigh them down, but rather what will lighten and uplift them, so that they may soar on the wings of Divine verses towards the Dawning-place of His manifest signs.” I interpret this to mean that prayer and worship should not become a burden, but a time that we look forward to — to say specific prayers, to center ourselves, to be in silence, or to commune with spirit in our own unique ways.

Other parts of our writings say, in effect, that meditating on a short verse with joy is preferable to reading copious scriptures with boredom. The “verses of God” is further defined as “all that hath been sent down from the Heaven of Divine Utterance.” As a student of humanity’s spiritual heritage, I love that there’s an openness to a long history of divine guidance. The Bahá’í view is that religion is progressive or, in other words, that the teachings of all the world’s major religions build on each other along our individual and collective paths to spiritual growth.

Prayer, including obligatory prayers said at certain times of the day, is a regular practice for Bahá’ís, but worship and prayer are a central tenet of most faith traditions. In the words of Thomas Merton, a prominent monk in the Catholic Church, “All religious traditions have ways of integrating the senses, on their own level, into higher forms of prayer. The great mystical literature speaks not only of ‘darkness’ and ‘unknowing’ but also, and almost in the same breath, of an extraordinary flowering of ‘spiritual senses’ … and more direct union with God ‘beyond experience.’” I also quite like a saying from Islam about prayer — called a hadith — that I came across recently: “There is a polish for everything that becomes rusty, and the polish for the heart is the remembrance of God.” The concept of cleansing the mirror of the heart from the dross and dust of worldly desires and attachments is also a common theme in the world’s spiritual literature. Our latent potentialities can be revealed when that mirror is polished. As the Bahá’í writings say, “O My Brother! A pure heart is as a mirror; cleanse it with the burnish of love and severance from all save God, that the true sun may shine therein and the eternal morning dawn.”

Zarrin Caldwell, who is a member of the Bahá’í community and hosted a podcast on humanity’s spiritual heritage from 2019 to 2021.

“I recall a framed saying of my mothers with similar advice, ‘when your day is hemmed with prayer, it is less likely to unravel.’”