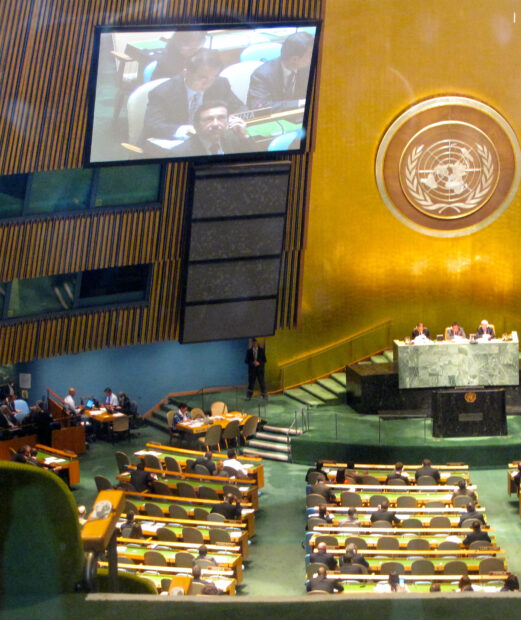 After emerging from the scourge of the two global wars, hope and optimism animated fifty countries to prevent another global carnage and destruction. They gathered to design and build an international organization – the United Nations. On October 24, 2022, the UN will turn 77 years old. It now consists of 193 member-countries with a network of allied and subsidiary organizations. Its purposes continue to be the maintenance of peace, securing economic and social development, while respecting human rights and dignity in freedom.

In its succeeding basic document, the Universal Declaration of Human Rights (1948), the UN recognized everyone’s freedom of thought, conscience, and religion. The Declaration asserts that this right includes “freedom to change one’s religion or belief, and freedom, either alone or in community with others and in public or private, to manifest his religion or belief in teaching, practice, worship, and observance”. The UN considers religious freedoms not only as compatible but as a fundamental requirement for human beings to flourish.

As an intergovernmental organization, interfaith is one of its key features. A UN General Assembly resolution recognized the imperative need for “dialogue among faiths and religion to enhance mutual understanding, harmony, and cooperation among people”.

Disappointingly the UN has not met its lofty goals and idealist purposes. Thus, the United Nations has been criticized for its failures. While it recognizes the “moral imperatives of all religions, and beliefs,” in their call for mutual understanding, the world is littered with war rather than peace. The member countries themselves have sown terror on one another. Human rights, and the free exercise of conscience itself has not been tolerated by governments and regimes. The attempts at solving the climate crisis have been slow and may have already failed.

We need to understand one basic fact: the United Nations is an organization of nation-states or in simple terms, countries, and their governments. It important to realize that as people, we have the option to cultivate the culture of peace amongst ourselves beyond the mandates of our governments. Interfaith movements around the world are organizations of people not of governments. It is a fallacy to believe that political decisions represent the totality of a country.

Working together for interfaith understanding is the work of the people.

Support the Arizona Interfaith Movement’s goals not just through words. Use words because they are necessary but translate these words to action.