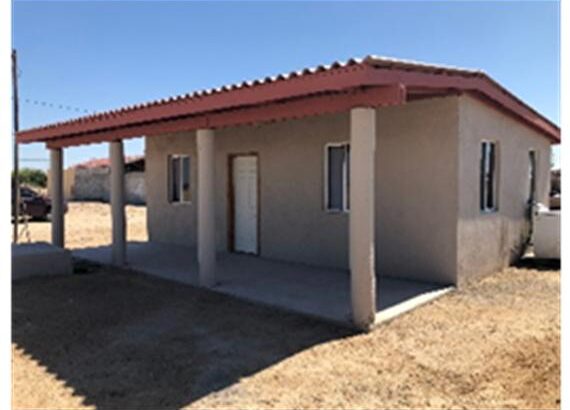 Help build brighter futures for others, by Rev. Larry Fultz

Someone asked me to give a summary once of the Golden Rule, and I said, “Give what you want to get.” Maybe that’s a little oversimplified, but if we all followed that principle, there would be a great deal more giving than receiving.

Recently, I had the privilege to go to Mexico to witness the most amazing gift-giving that one can imagine. But before I tell you all about it, let me give you a little background.

The man who invited me to come with him to Mexico was my old college roommate. Of course, when you are in college, you have these big dreams of who we are going to become and how rich we all are going to be. For some that came true, but for others, just not the case, to put it bluntly.

But for my roommate, he was one of those fortunate ones that used his education wisely, invested wisely and came out at the other end a very affluent man with homes around the world and an abundance of the things that make for the good life.

It’s funny, as we grow older, how all those things become more useless and less attractive. And so, my roommate, who was never one to not take advantage of the moment, decided he and his lovely wife would give to others what they had found such a wonderful joy in their lives, homes.

Having invested in some homes in Puerto Penasco, Sonora, they began to see the poverty and homeless families that lived there, so he and his wife decided they needed to do something about that. They began by interviewing families to see which ones would be a good fit for what they wanted to accomplish. They didn’t want to just build them a house, they wanted to start them on a journey to build a bright future for their entire family.

Today, they have built eight homes for families who were living in deep poverty without any hope to ever see a bright future. Children are in school learning where before they couldn’t go because they had no transportation. My roommate and his wife have donated cars so the children can get to school. Each child is given a tablet to learn with and Internet service is provided for each household. Each family is given a threeyear commitment to assist their everyday living expenses. At the end of that third year, it is the expectation that they are well on their way to building their own bright future.

Back to the gift-giving moment. This home happened to be built for the pastor of a church who has been a great source for giving names and families whom he felt were worthy of a home while he himself did not have a home of his own but lived in a small building behind his church.

It wasn’t quite finished when we were there, but here is the Golden Rule Moment. When he discovered a home was being built for him, he said, “This is the greatest gift I have ever received and the nicest thing anyone has ever done for me and my family.”

He had given names of families whom he thought needed a home without ever thinking of himself, and now the moment came for him to receive what he had hoped for others.

Building Bright Futures is the name of the organization, and I am so proud to be a small part of giving what I would want to get. If you wish to know more, you can go to their website at www.buildingbrightfuturesinternational. org.

The Arizona Interfaith Movement applauds this great work and extends an invitation for you to bring a Golden Rule Moment to someone who needs to get what you would like to receive.

When he discovered a home was being built for him, he said, “This is the greatest gift I have ever received and the nicest thing anyone has ever done for me and my family.”