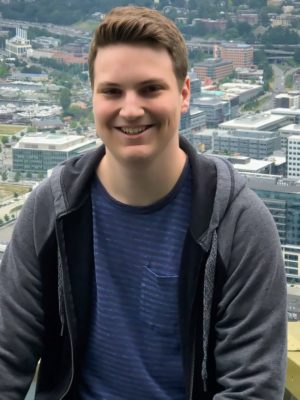 “OK, boomer.” This phrase epitomizes the generational divide between the older and the teenage generations of our society.

Used to degrade and dismiss claims of an older generation, this expression demonstrates the divisive nature of interactions between the two generations and their unwillingness to work jointly to solve problems affecting us as a whole. With this month’s Live Golden segment, Nivea Krishnan, James Kinney and I set out to interview teens to get perspectives about how Gen Zers view this generational gap as well as how to close it.

Furthermore, teens cited issues of misinformation, explaining that many individuals our age fail to understand the power behind a single vote. Even so, several of our peers cited the lack of comprehensive civics education as a key contributor to this misinformation effect and the overall lack of civic engagement amongst teenagers. Whatever the reason, there is a clear divide amongst the generations in terms of civic participation.

When asked to characterize the intergenerational relationship, teens described one in which “everyone argues but no one listens.” This description closely resembled that identified in our Media Bias segment among people of differing political ideologies, suggesting that the divide may be driven by each generation’s orientation toward society. With respect to our generation, many students characterized us with our dependence and reliance on technology, contrasting this with an older generation that tends to distance themselves from such technology. This is significant, as it provides a potential rationale as to why the generations behave and act differently. Others cited the fact that both generations think they are the superior generation. In other words, both groups seem to believe that they have had to work harder to earn their place in society. This attitude has contributed to a mutual lack of respect that manifests itself in daily interactions. While older generations tend to naively give advice based on their past experiences in a less modernized world, the younger generations are unable to empathetically understand the sociocultural context of those experiences. Ultimately, the overwhelming consensus was that the gap is further widened by intergenerational miscommunication.

As always, the most straightforward answer to this issue is the Golden Rule. An idea that directly relates to the generational gap is empathy. By both increasing our interactions with members of older generations and channeling active listening, contentious conversations could give way to respectful dialogue. As the source of any divide is almost always a lack of understanding, empathy is key to overcoming this ideological clash. Another principle of the Golden Rule that ties to bridging the generational divide is respect. Beyond empathy, channeling respect facilitates mutual growth, leading to a more unified community overall. While this divide persists, we can use the Golden Rule as a bridge to close it and work towards a better future together.

Evan Crabtree is the co-host of Live-GoldenAZ. You can watch the show on the second Thursday of each month on AZTV7 at 8 a.m. It can also be found archived at goldenruleeducation.org/livegolden.