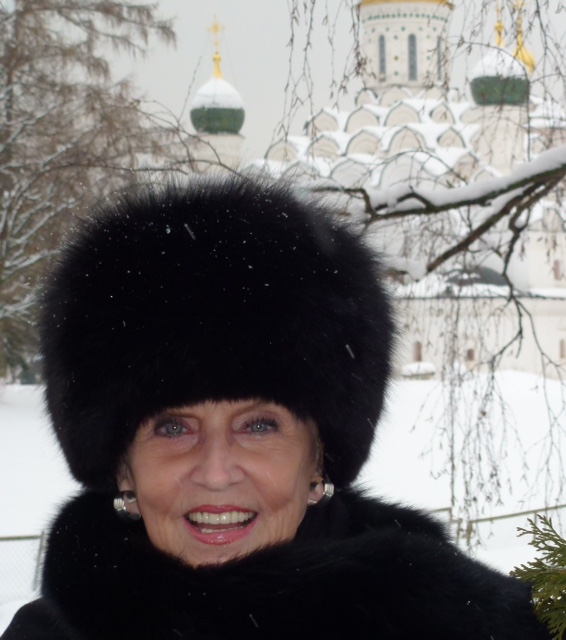 What would be the incentive for a woman over the age of 80 to travel to Russia every year and bring her message of hope and healing called the Murray method?  For Marilyn Murray there is only one answer and that is she believes first it is a calling that God has given her and secondly, she believes it is her opportunity to provide a Golden Rule Moment to the thousands of people in the last 16 years that she has been involved in the Russia Project.

By her own admission she states,” At age 44, I was a successful Scottsdale art dealer who looked like I had a perfect life-but intense, chronic physical pain was making me suicidal.  However, my life changed dramatically as a result of intensive therapy, and my emotional and physical pain dissolved.

I returned to school and, as I received my degrees in psychology, I began developing a theory regarding the correlation of trauma, abuse and deprivation with addictions, other dysfunctional behaviors and physiological problems.  Starting in the early 1980s I was one of the first persons to speak publicly in the media and at psychological conferences regarding abuse issues, especially sexual abuse and became a pioneer in this field.

So why Russia?  It all started for her when she found out that some of her relatives were still living in parts of the old Soviet Empire and wanted to find a way to help them find relief from the horrible psychological trauma they had encountered in the old regime.  When she realized that the sense of self value was so lacking in them and most of those she encountered in her visits she recognized that here was a wonderful place to bring the Golden Rule principles of respect, and empathy to a needy people.

Since 2002, she has lived and worked in Russia half-time, from September to May, with over 3,000 health professionals and clergy from throughout the former Soviet Union.  She is president of the Murray Method International Center in Moscow and has been a professor at major Universities and Institutes there.  She is the author of “Prisoner of Another War”, which chronicles her personal healing journey and “The Murray Method…Creating Wholeness Beyond Trauma, Abuse, Neglect and Addiction.”  Presently, Marilyn has participants from over 180 cities in the former USSR and over 60 countries around the world including the United States.

In addition to her regular training seminars, she now is a professor at the Institute of Clinical Psychology and Psychotherapy in Moscow, where she teaches her full Murray Method program as part of their post-graduate curriculum for psychologists, psychiatrists and physicians. Her column, “Time to Live” is a bi-weekly feature in Russia’s only English language daily newspaper, The Moscow Times. Recently, she was the guest lecturer at the Gorbachev Institute in Moscow.

In order to practice her own belief system of forgiveness and moving on with life’s future potentials, she was one of the first rape victims to act as a therapist to, of all people, incarcerated rapists and child molesters and worked in the Arizona State Prison system for six years on a pro bono basis.

The Arizona Interfaith Movement was honored to present her as one of our awardees at this year’s Golden Rule Banquet.  She received the International Humanitarian Award and rightly so. [See her story at www.azifm.org / Golden Rule Honorees]

Marilyn is truly a wonderful example of those who provide Golden Rule Moments to others.  Mike Tyson, former heavy weight boxer stated in her book, “Marilyn Murray saved my life.”  Her own testimony is her desire to help people discover why they were designed to be – their Original Child and to help every individual she can to mature and grow into a Healthy Balanced Person.