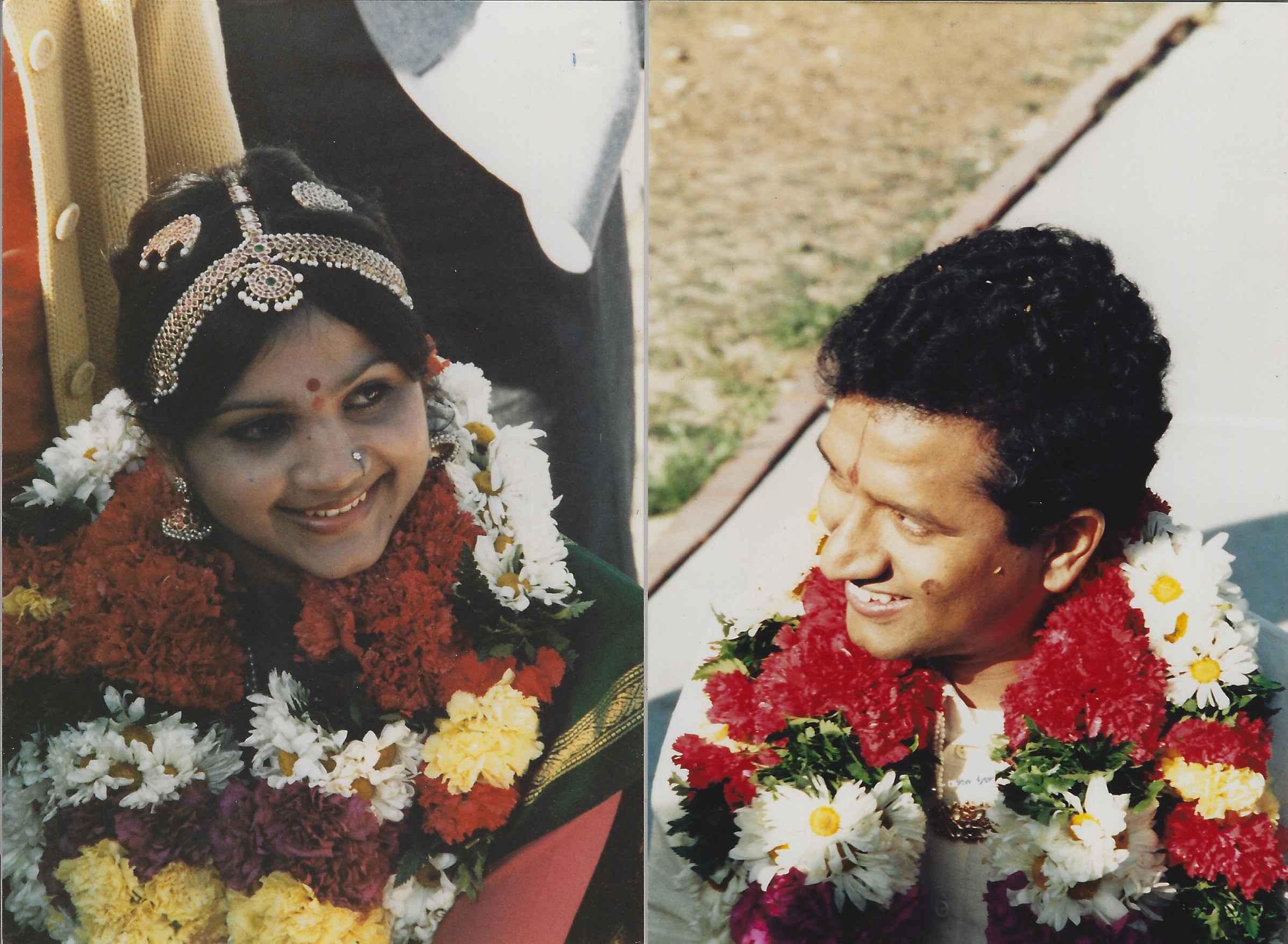 On a breezy Sunday morning in Dallas, Texas in the fall of 1986, a young woman was getting ready for an important lunch meeting.  She had just left her parents’ house in Bangalore, India and landed in Dallas a month before to pursue higher studies.  A series of chance circumstances had enabled her to make the long trip to the USA.

Another set of seemingly random coincidences led a young man to fly in to Dallas for the lunch meeting at her uncle’s house. She knew little about him, except that he was an engineer working in Phoenix and that his birth chart had matched very well with hers. Her maternal uncle and local guardian grilled the young man for an hour to know more about him. Much to her aunt’s chagrin, the young man insisted on taking the young lady out to have lunch at a local restaurant rather than dine at home.  Little did the two of them know that an hour-long conversation over lunch would be an unforgettable experience that would change their lives forever?

They set out a little awkwardly on the drive that took much longer than expected with no GPS and only an old-fashioned map. At one point, he handed her the map, “Can you check to see how much further? She turned the map inside out and upside down – it was the first time she was looking at a map to get directions. People in India typically stopped their vehicles and asked total strangers on the road for directions! He asked, “What street are we on?” Looking up at the street name she blurted,” ah it’s ah Lover’s Lane”, and then there was dead silence. They looked at each other and burst out laughing at the incongruous situation! It did break the ice though, as they finally found their way to the restaurant and to each other’s heart over mango lassi. Two hours of laughter, tech talk, and ending each other’s sentences at lunch led them to tie the knot shortly after at the Malibu Hindu Temple in Los Angeles.

Hindu weddings have a deep spiritual significance as the union of two souls in addition to the physical connection between man and woman. They are to enable each other’s journey in different ways through “Samsara” (the world we live in) and encounter the joys, trials and tribulations. Parents match birth charts to determine some compatibility and understand the influence of the planetary positions at the time of marriage and later in life. However, matched birth charts do not imply total marital bliss through life – the man and woman also have to work towards understanding each other.

According to Hinduism birth as a human being is a blessing, an opportunity to take the right actions to evolve consciously. This world is the land of action “Karma Bhumi” where one is bound to go through repeated cycles of birth and death to work towards perfection and liberation. The soul that is different from the body continues to live in perpetuity even after death, and reincarnates into another body searching for a suitable soulmate.  “Karma”, the positive and negative fruits of an individual’s actions or inactions in various lifetimes plays a role in the choice of a life partner.

Fast forward 32 years of togetherness and raising a family through thick and thin, meaningful coincidences continue to be a part of their life. They both know more about each other, but understand that there will always be more to explore! When they do not understand each other and talk at cross-purposes: patience, kindness, love and the Golden Rule come to the rescue! When they get angry, she jokes about all the confusion caused in samsara! When they need more inspiration than the perspiration from samsara, they attend the Annual Golden Rule Banquet.

May the Divine blessings let the Golden Rule prevail in this century and beyond!

By Anita Rangaswami, Hindu Representative and Board Secretary of the Arizona Interfaith Movement