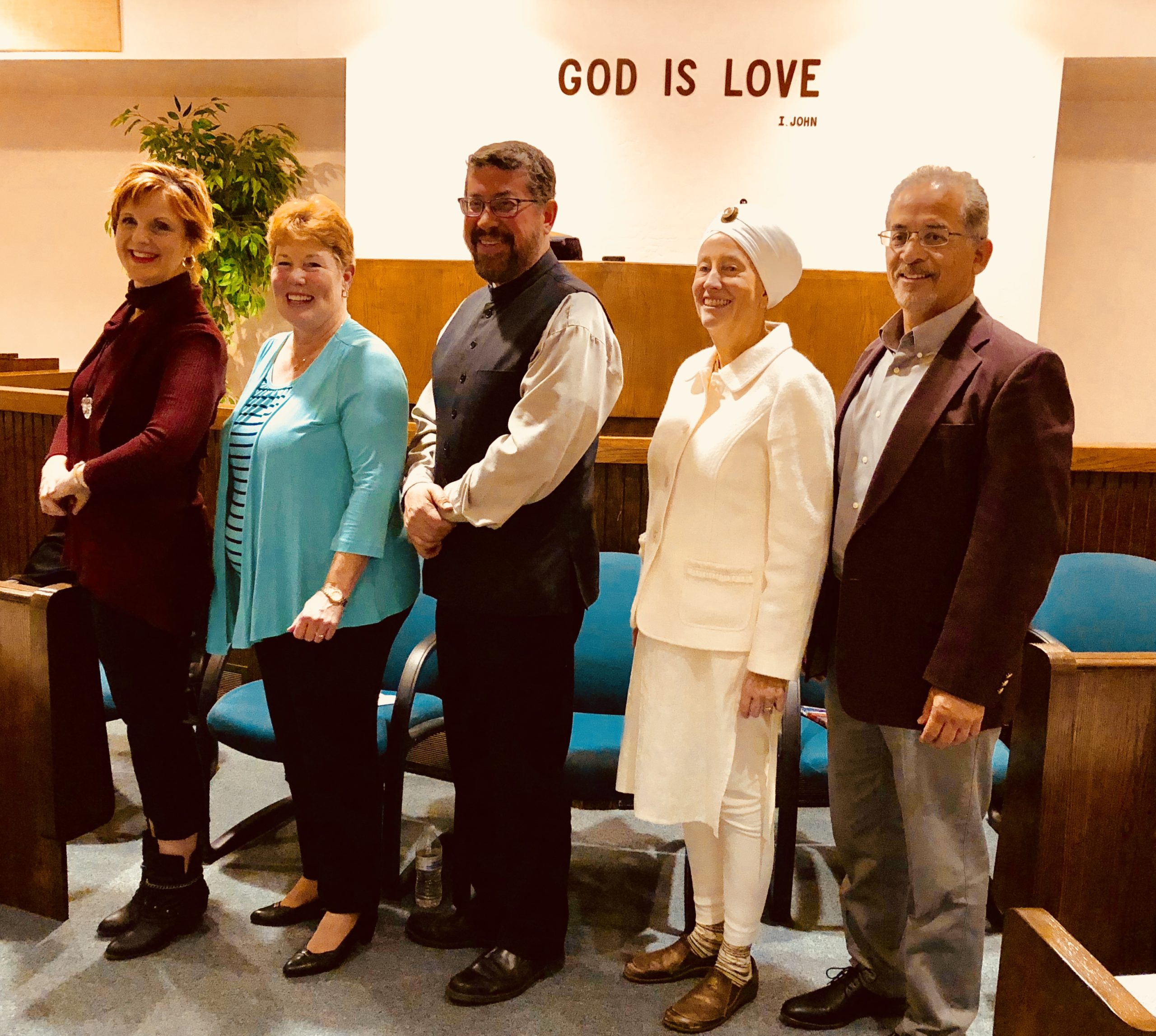 We’re pleased to share our video from the Faith Forum, “Faith, Health and Healing” held on March 15, 2018, this time at a guest location, the First Church of Christ, Scientist, Tempe.

Here are the event details:

Are you interested in spirituality and its relationship to health and healing?  Does sickness derive from a physical cause or is it a sign of spiritual malaise? Can we heal our bodies through spiritual means? Who has done so? Join us March 15, as members of various faiths explore this issue and discuss alternative forms of medicine that deal holistically with body, mind, and spirit as well as share their personal stories. 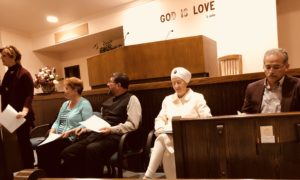 We thank our Panelists:

— Mary Louise Eck – Christian Science: Mrs. Mary Louise is a Christian Science Practitioner who has served her Church in many capacities, is active in prisoner chaplaincy, and has served on the Board of AZIFM
— Pastor Ray Navarro – Seventh Day Adventist: Pastor Ray Navarro is the pastor of the Tempe Seventh-day Adventist Church since 2006. He was born in Los Angeles, CA, and holds a Masters in Theology degree from Andrews University, MI. He and his wife Elisa have one son, Ray Jr. Their church website is :www.tempeadventist.com
— Imam Ahmad Al-Akoum – Muslim: Imam Ahmad Al-Akoum is originally from Lebanon, immigrated to the US in 1983 and to AZ in 1995. He graduated from Southern State University with a degree in Electrical Engineering. He has been married for 28 years after meeting his wife in Louisiana. Imam Ahmad has been active in both religious and civic activities with a focus on improving the community in which we live. Imam Ahmad chaired the Board of Directors at the Islamic Community Center of Tempe for seven years. He has served as a mentor to a large number of the Muslim community of all ages and is considered one of the foremost elders (authority) on community issues. Imam Ahmad worked for Intel for many year, and received his MBA Degree from the University of Phoenix in 2006. Currently he is the Interfaith and Outreach Director of the Islamic Community Center of Tempe, a teacher of an Introduction to Islam class, and the leader of several youth groups. Imam Ahmad is a regular participant of interfaith activities and guest speaker to groups interested in learning about Muslims and Muslim issues.
— S.S. Gurukirn Kaur Khalsa – Sikh: SS Gurukirn received her introduction to Sikhism in 1971 from Yogi Bhajan. She has a BA in Art, Teacher’s Credential and is Ordained as a Sikh Minister. She is an artist and poet and has written several books on Sikhism. She served as President of Sikh Dharma of Phoenix, Inc. She has also lectured at San Jose State University, and was featured on the “God Show” with talk show host Pat McMahon. She was President of the International Khalsa Council from 2003 – 2005 and was a delegate/ambassador to the Parliament of the World’s Religions in Barcelona & Melbourne.
— Moderator: Rev. Dr. Mitzi Lynton 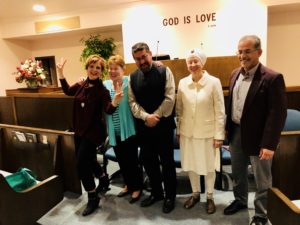 We are pleased to offer Community Faith Forums to discuss topics of the day together in a respectful manner, listening and considering many different perspectives. While AZIFM doesn’t take positions on issues, through the different viewpoints discussed, hopefully one can have a more sound basis for their own viewpoints. This year, we’d like to consider our forums to be held in various places of worship so we can “build bridges” and get to know more about different faith traditions.

Stay tuned for details of our next Forum.  The open house and discussion that followed this forum was fun and engaging, so we may do this again at another guest location.