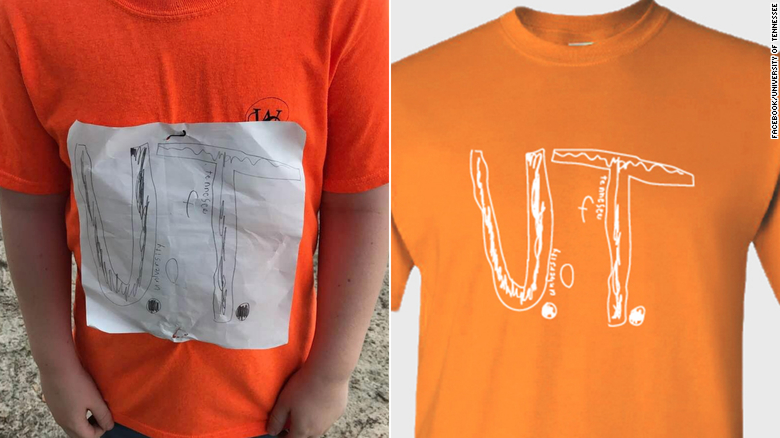 It’s that time of the year again, when football arenas are packed with cheering fans waiting for their heroes to perform unimaginable feats of athletic skill. Before this year is over, there will be stories from the field of play that will go down in the record books as feats of extraordinary skill making a legend out of those athletes who defy human ability. But, will there be a record of any Golden Rule moments?

Truly, no related football story can be greater in human achievement this year than the story of a young boy at a Florida grade school whose only desire was to wear his favorite team’s jersey on college colors day. The problem was he didn’t have a University of Tennessee jersey nor the money to buy one, so he made his own.

In the words of his teacher, Laura Snyder, “This particular child came to me and told me that he wanted to wear a University of Tennessee shirt, but he didn’t have one. We discussed that he could wear an orange shirt to show his spirit. He told me every day leading up to it that he had an orange shirt that he was going to wear.”

When the day arrived, the boy showed up at school wearing his orange shirt with a piece of paper attached to it with his homemade UT logo on it, just as he had told his teacher he was going to do. However, things took a turn for the worse when he went to the cafeteria to eat his lunch. The odd UT design became a rallying cry for some students to bully him.

When his teacher found him crying uncontrollably at his desk, she went into immediate action. Her first desire was to buy him a University of Tennessee jersey, so she contacted the university and told a staffer the story and sent a picture of the boy’s shirt. To her surprise, the university wrote back and said they wanted to send him and the rest of his classmates a package from the University of Tennessee.

When the package, arrived she was amazed at all the goodies in the box. When she presented the box to the boy, he opened it and was ecstatic to see all the ingredients inside. He proudly put on the jersey he found and one of the many hats they had sent and then he began to pass out the bracelets, water bottles, cooling towels and pens he had received to the other students, some of whom had bullied him the day before. By this time, everyone in the room was in tears or feeling very guilty for their behavior the day before.

But the story doesn’t end there.

The University of Tennessee decided that they would take the boy’s design and make it an official school shirt, with a portion of the proceeds being donated to STOMP OUT Bullying, a national non-profit organization that is dedicated to eradicating bullying of all forms.

The teacher’s social media post about it almost immediately went viral among Volunteer fans, and before you knew it, the shirt design became so popular that UT’s online store had crashed several times by people trying to buy the shirt. Snyder couldn’t believe what a simple phone call to help a boy who had been bullied had resulted in. When she told the boy, his jaw dropped and then he had a big smile on his face.

We smile too, because kindness and empathy carried the day and everyone was blessed by it.

Without question, this will be one day he will remember forever. And as for Laura Snyder? Well, this was truly a Golden Rule Moment that she made possible along with the University of Tennessee.

Have you thought about how you might make a Golden Rule Moment for someone?

Reverend Larry Fultz is the executive director of the Arizona Interfaith Movement.