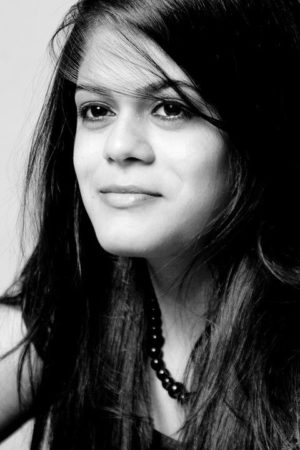 One sunny afternoon in Arizona, my phone chimes and I unlock it to read a message: “Bijal, you’ve got to see this.” There is a video below the message, and with curious eyes, I wait for the video to download.

There is a school playground in which many kindergartners are running around. A familiar face pops up shortly. Gia is holding onto a marshmallow. Her teacher tells her, “Gia, you need to throw the marshmallow at others in this game.” The little kindergartner, however, stands in complete defiance, shaking her head to indicate a NO. Then Gia’s mother inquires, “Gia why are you not throwing the marshmallow?” I see her innocent face and hear her timidly say, “Because Bijal aunty said not to hit anyone.”

Neither could I stop giggling nor could I stop myself from feeling truly proud. Gia and many others in her age group had been my students at the JainCenter of Greater Phoenix for over a year. (In this class, I help the children grasp one of the basic tenets of Jainism, “ahimsa,” or non-violence.) This righteous acknowledgment by a student had left me beaming with joy. This instance catapulted me into a state of wonder. A child had not only absorbed the concept of ahimsa but had applied it in a situation she deemed viable.

Ahimsa is one of the foundational pillars of Jainism. In Jainism, ahimsa extends to all beings. This is the reason why Jains are vegetarians and many of them, adopt the strict Jain diet — no consumption of food that grows underground, for example, onions, potatoes, garlic, etc. (A higher number of microorganisms are killed by vegetables grown underground.) Apart from diet, ahimsa also touches other aspects of Jain life. In fact, it would be prudent to state that it is the way of Jain life.

Although throwing a marshmallow wouldn’t have caused any injury or be considered an act of violence, the little Jain student decided to simply not throw the marshmallow. In Gia’s mind, the mere thought of throwing and hitting another being constituted an act not aligned with ahimsa.

A marshmallow, a child and a simple and pure understanding of ahimsa!

Bijal Shah is a technical writer. She also teaches children (2-6 years) at the Jain Center of Greater Phoenix.

Thank you Rev Larry Fultz for this #GoldenRuleMoments article in today’s #AzCentral #kindness #blessingsFollow the link below to view the article.Help build brighter futures for othersarizonarepublic-az-app.newsmemory.com/?publink=0573ff2ea_1345dd8 ... See MoreSee Less

Help build brighter futures for others - The Arizona Republic

Someone asked me to give a summary once of the Golden Rule, and I said, “Give what you want to get.” Maybe that’s a little oversimplified, but if we all followed that principle, there would be a great deal more giving than receiving.
View on Facebook
· Share

Arizona Interfaith Movement Council member Courtney Lonergan and her 2 eldest children, Ali Geer and Almira Geer, lost their lives in a car accident on June 10th. They are survived by Aracelli Geer, the youngest of Courtney’s children. We send our deepest condolences to Courtney's family, and offer our support to Aracelli. ... See MoreSee Less

On the afternoon of June 10th, 2021, three innocent beautiful lives were tragically taken. Mother of 3, Co... Mariah Meeks needs your support for taken too soon
View on Facebook
· Share