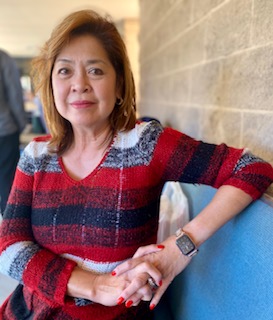 Even though there is an abundance of food to feed everyone, there are many still suffering from hunger. This is a challenge that has inspired many golden rule moments.

This story started in 2008 when Lon Taylor saw 42 truckloads of perfectly good tomatoes headed for the landfill. At the same time, a food bank was losing its support amidst the Great Recession and there was a need to fill in the gap. In working to meet the demand, he had an idea for a network. He thought that if he can find 3,000 supporters who can donate yearly for $100 each, it will satisfy the yearly operating budget of $300,000 for The 3000 Club.

Taylor approached the perfect person to create such a network, Ethel Luzario. Ethel is a real estate entrepreneur whose own businesses suffered from the economic downturn yet she was willing to help. The 3000 Club was established and it took over a warehouse in north Phoenix for food, and then established Market on the Move (MOM).

MOM became more than just a venue for produce exchange. The club envisioned a world where nothing useful goes to the landfill but is utilized through redirecting, reusing, refurbishing, or recycling. Working and nonworking computers/laptops/electronics, medical supplies and equipment, open-boxed items, and overstocks were distributed through humanitarian projects all accessible for a donation price. Even produce scraps were offered to local chicken, pig, and worm farms, and also composting bins.

While Ethel Luzario has set aside a career in international civil service, she has been inspired by Golden Rule moments that have impacted and blessed international volunteerism.

Educated in marketing and advertising, Ethel has had a successful career in the United Nations in New York and Asian Development Bank in the Philippines. Praying for ‘clarity and guidance’ brought her to golden rule moments. She has always made space for both entrepreneurial ventures and humanitarian work.

After the 3000 Club network came the Military Family Foundation which supports military families prior to and during deployment. They have given financial support to disaster relief, and humanitarian and medical missions to Mexico, the Philippines, Vietnam Guatemala and Honduras. A noteworthy aspect of their work is encouraging parents and their children as well as entire families to volunteer together. Golden rule moments were imparted inter-generationally fostering an attitude of kindness and care toward others.

Mutual support of organizational networks has alleviated what has been called ‘crab mentality’ among social networks. “Crab mentality” is characterized as not wanting other people to rise above you, and whenever they do, there is an effort to bring them back down. Counter to the “crab mentality”, Ethel has created a ‘united nations’ organization and alliances of businesses, churches and other nonprofits to work together and support progress.

While Ethel Luzario has set aside a career in international civil service, she has been inspired by Golden Rule moments that have impacted and blessed international volunteerism.

Albert Celoza is a member of the Arizona Interfaith Movement.