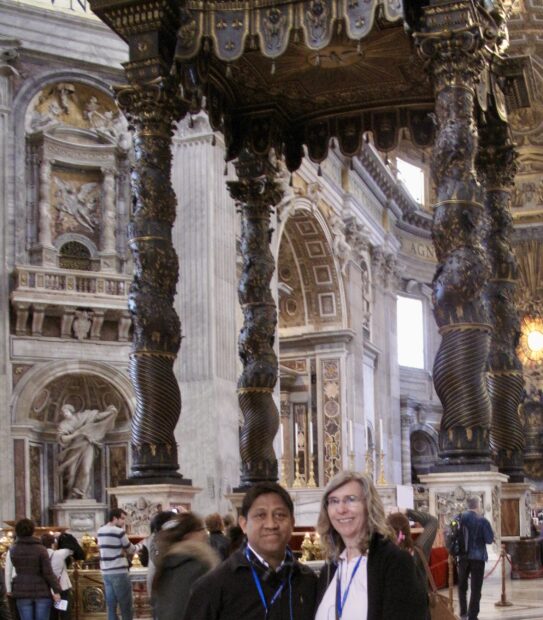 Compassion and faith: My mother’s legacy

The end of the semester presents challenges to students: completing final exams, term papers, and projects that had to be done in practically one week.

I had an extreme challenge during my graduation year from college. In addition to school projects, I had an upcoming clarinet recital, and my BA thesis was due. If those were not enough, I also had a severe allergy attack that caused disturbing and ugly skin eruptions, even on my face.

My mother, as probably all mothers, extended the most care and empathy. She told me, that if she could carry the burden or suffering for me, she would do it. More importantly, she would always share her fervent faith in prayer. Ask God for healing, she would say. She had such an abiding faith.

I learned that I was born by the grace of the Mother of Perpetual Help, an object of novena at her Shrine in Baclaran, in metropolitan Manila.

I was born and raised in the Philippines, one of the most Catholic countries on earth. The shorthand for its history is ‘300 years in a convent and 50 years in Hollywood.’ This phrase refers to 300 years of Spanish colonial regime and 50 years of U.S. occupation. Catholicism left such a marked imprint in Filipino culture. Though Spanish did not become its lingua franca because the missionaries used native languages to convert the Filipinos to Christianity, the entire fabric of culture was embedded in the Catholic religion.

My mother’s name as with all her siblings were taken from the Catholic calendar of saints. She was named after Saint Gregory. It was the liturgical year that determined holidays, feast days and commemorations.

I grew up in a house across from the town church. Thus, I witnessed the pageant of Holy Week which is like Spain’s Semana Santa. We partook in the religious processions, prayed the rosary and the Stations of the Cross, and celebrated Easter, Christmas and fiestas in honor of saints.

Faith was expressed through rituals not just by individuals but more importantly as a community. The practice of religion was not individualistic but public and communal. Going back to my mother’s response to the challenges of life, she was acutely aware of suffering. Filipino Catholicism was not oriented toward the glory of Easter, as in American Christianity. I found Easter bunnies confusing. The focus was on suffering with the example of Jesus on the cross who was crucified for us whom he loved. Hence, my mother expressed her love through compassion with the help of prayer and trust in God.

I survived the challenging end of the semester and graduated college with honors, doing my work mindfully and dedicating it with prayer and thoughtful intention.

I am thankful for my mother’s legacy of faith and her compassion. Prayer was not just asking God for what I wanted or wished to have. It was an expression of faith in life itself.