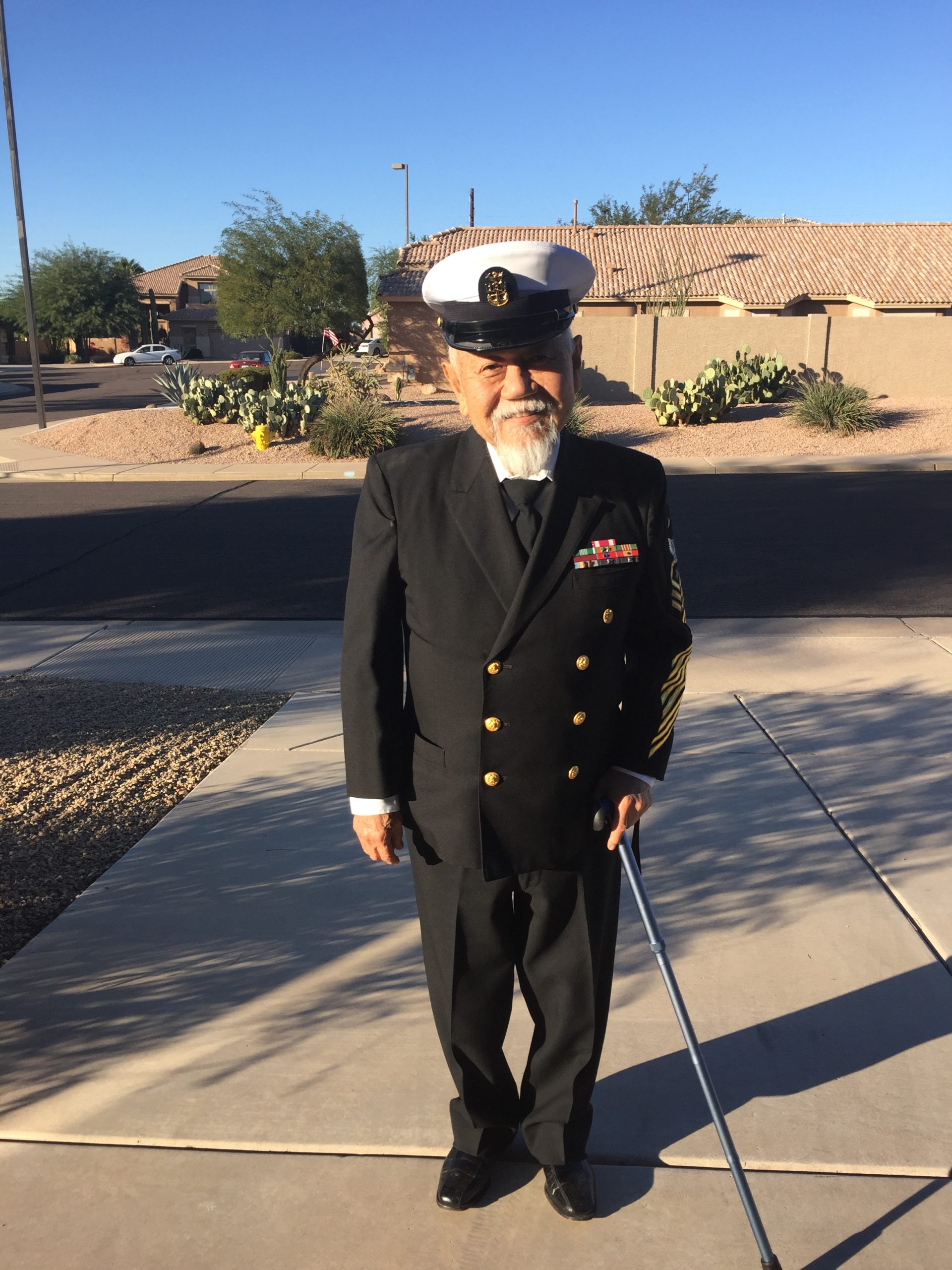 None of us escapes, at some time in their lives, feelings of hate, resentment and a spirit of getting even. But as a young boy who was innocently violated, it seemed justified. Such is the case with Tom Koseki, and the Golden Rule wasn’t even considered at first.

Here’s what happened: Tom grew up in a loving Japanese home here in the States. America was the only country he knew and loved as a 9 year old. Then World War II broke out. One day, he and his family were uprooted from their home and sent to an internment camp in the Case Grande area.

Everything he knew and loved was suddenly gone. The unfamiliar had to become the familiar. The nightmare of being separated from grandparents, aunts, uncles and cousins could not be conceptualized nor explained to a boy his age.

While he was interned, school was offered to the children in the camps. However, one can only imagine the difficulty of a child trying to study in those circumstances. Tom became less and less intrigued with learning. This plagued him during his teen years.

Eventually, Tom dropped out of school and traveled to California to find his fortune. He struggled to reconcile his feelings of insult, hatred and resentment. As he worked at odd jobs, he tried school again but failed miserably. One day he met U.S. Admiral Nimitz, who took a liking to this struggling young man. He helped him get through school and college. This led eventually to a 40 year career in the US Navy.

Interestingly, one of Tom’s first assignments was to go to Japan and aid in the repatriating of many Japanese families. He also assisted in the rebuilding of Japanese and United States relationships.

While all of this was taking place Tom was trying to reconcile his allegiance to a country that had abandoned him as a young boy and his feelings of resentment, anger and animosity that had given him so much trauma during those formidable years, – especially his struggle with his education.

As time moved along he immersed himself in his Naval career, not taking time to resolve the issues that had caused so much pain. When flashbacks of those painful childhood moments came, he pushed them aside in his mind as if they had never happened.

The moment of coping with his suppressed feelings came after Tom’s discharge from his sterling Naval career. He no longer had the daily routine that kept his mind focused on duty. He instead came face to face with his frozen rage. He had a choice to make.

A Golden Rule Moment began in the life of Tom Koseki at that pivotal time. Self pity gave way to the realization of something valuable. He chose to talk to young people about his struggles and how he overcame them.

For several years, after his discharge, Tom went from school to school and talked about how feelings of hate and resentment could instead be turned into positive action. He shared his experiences as a young boy living in the internment camp, but he didn’t stop there. Instead, he shared valuable lessons that illustrated how hate was banished when he loyally served the very nation that had caused his boyhood pain. This freedom from the hatred, gave Tom the freedom to enjoy his life more fully. As he helped countless young people benefit from his life lessons, he found blessings in his own life grow.

Tom is only one of the many Japanese Americans who endured terrible treatment during those war years. Golden Rule moments came for many of them. It’s heartwarming to pause in our busy lives to hear more about those Golden Rule moments, and to honor these people for good that emerged from those dark days. This will happen on April 11th at the Golden Rule Banquet, hosted by the Arizona Interfaith Movement. Info may be found at www.azifm.org (Events, Golden Rule Banquet.)