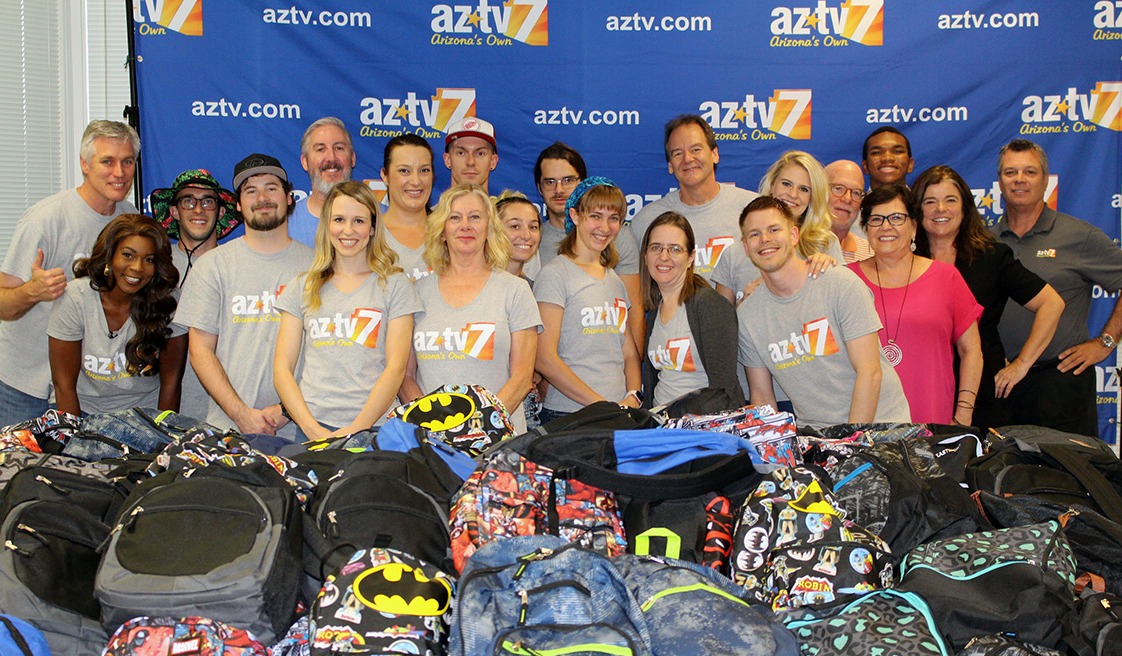 Have you seen it?  Have you watched it?  It’s all over Arizona reaching more than 2 million viewers.  I’m talking about AZTV, channel 7, locally owned and considered America’s #1 of all classic television networks.  So what’s so special about that and what could it possibly have with a Golden Rule Moment, you ask?  AZTV 7 brings back those great shows, like:  The Andy Griffith Show, Carol Burnett and Friends, Mary Tyler Moore, I Love Lucy, The Honeymooners and The Odd Couple; dramas such as Perry Mason and Columbo; great westerns including Gunsmoke, Bonanza, The Rifleman and The Big Valley, just to name a few, — many shows that bring back great memories.

Without question AZTV 7 brings to us the best of talent every day.  For that alone we could certainly entertain them as candidates for a Golden Rule Moments article.   But there is so much more to AZTV 7 than just television and memorable television favorites of the past. Something more profound is at work there.

But that’s not all.  Every summer there is a back to school drive for supplies for Arizona’s children in need called “STUFF THE BUS.”   Last year over 1600 backpacks were loaded down with all kinds of school goodies.  All of this hosted and prepared by the owners and staff of AZTV 7.

But hey, there’s more.  Last Saturday, April 6, 2019 at Sloan Park: 2330 West Rio Salado Parkway; Mesa, AZ 85201, there was  a “JDRF ONE WALK” which has a single goal: creating a world without type 1 diabetes (T1D).   All of this in order to turn Type One into Type None! The length of walk was 5K.  By now you may be thinking that there isn’t anything else this locally owned TV station does Golden Rule, but read on.  I’ve left the best to last.

Once a month AZTV 7 airs “THE GOLDEN RULE STUDENT OF THE MONTH” and “ #LiveGOLDEN.”  This is all part of the AGREE Program (Arizona Golden Rule Educational Experiences).  The Golden Rule Student of the month features an Arizona student or students who have demonstrated kindness, empathy, civility or respect in their conduct.  #LiveGolden features high school students, Grant and Nivea, as they interview peers and experts on various subjects ranging from social media and mental health to political divisiveness and civic engagement. It also explores some Golden Rule ideas that can help us all “#LiveGolden”.  Their stories and examples are featured on www.aztv.com and inspire thousands of viewers every week.

So where does all of this stem from?  Sterile institutions don’t have heart, emotions and community involvement without someone clearly motivating it – “driving the bus,” so to speak.  The driver of this bus is Lynn Londen, CEO of AZTV 7.  For Lynn Londen, “It is much more fun to give than to receive.”  You see, at an early age Lynn knew what it meant to receive because often that was the only way she and her two siblings survived, as her mom was a single mother.  She knew the fun of getting but never knew the fun of giving until she was in a position where she could do so.  But it’s not just about the fun, — it’s also the concept, because Lynn has been so blessed, she enjoys blessing others.  One never forgets those early childhood days of being without and then receiving.

Golden Rule moments came early and are still at work on a daily basis at AZTV 7.  It’s why the Arizona Interfaith Movement is proud to honor AZTV 7 and Lynn Londen this year at our 2019 Annual Golden Rule Banquet with the Golden Rule Media Award.  (See www.azifm.org / Golden Rule Honorees Gallery soon to see their featured story at this event.)