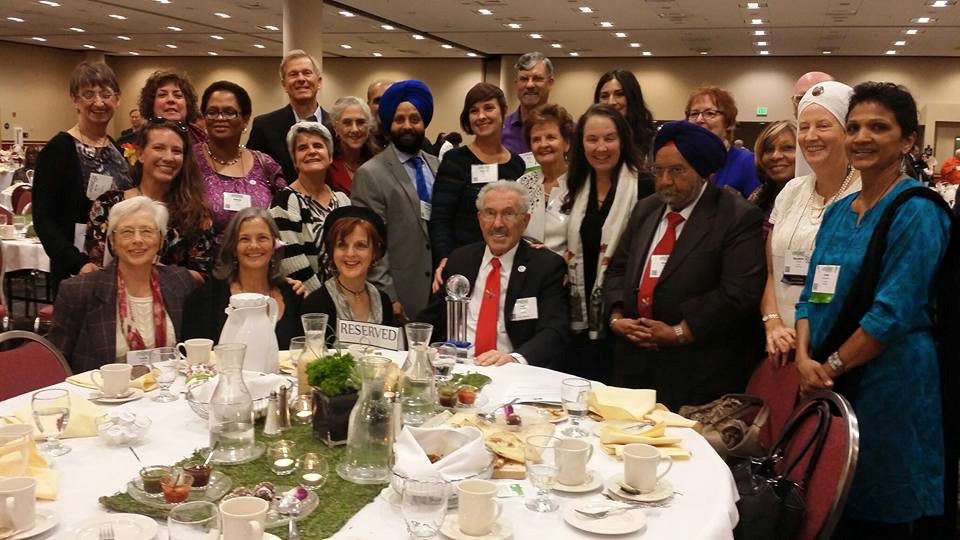 It is our privilege to share this wonderful news!  At the Parliament of World Religions held in Salt Lake City, at the inaugural Gold Banquet on October 18, 2015, Dr. Paul Eppinger received the first Golden Rule Award.

This Awards Dinner was modeled after the Arizona Interfaith Movement’s Golden Rule Awards Banquet.  There was wonderful encouragement to do this in “your” city to the 1000 or so people in attendance from all around the world.

This is the first time the parliament has met in the United States of America since 1993, when it was held in Chicago. Recent meetings have been in Spain, Australia and South Africa.