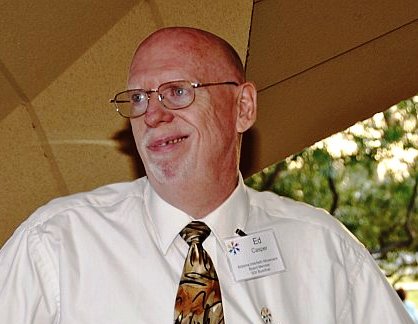 Each year on July 3, the lay Buddhist community Soka Gakkai International (SGI) celebrates “Mentor-Disciple Day.” Why is that day important, and why write about it? It’s simple. Religion, philosophy, geography, the arts, etc., have to be passed from one person to another. In the spirit of mentor and disciple, some background might be instructive.

What is now known as Buddhism originally sprang from the life experiences of a northern Indian prince, Gautama Siddhartha, also known as Shakyamuni. In Chapter 16 of the Lotus Sutra, he stated his mission in life: “At all times I think to myself: How can I cause living beings to gain entry into the unsurpassed way and quickly acquire the body of a buddha?”

A question arises: How can one cause all beings to gain entry into anything by keeping the method to oneself?

The only way to pass ideas and practices from one person to another is through teaching, learning, communication and dialogue. One of the prime teachings of Buddhism is called dependent origination. It puts forth the idea that nothing exists in isolation, that everything is interconnected. Since we share this time and place, it’s vital for us to be able to communicate and interact effectively with others. Mentors teach us the skills to do that.

The SGI bases its practice on the philosophy of Nichiren, a 13th-century Japanese monk who asserted that the Lotus Sutra is the essence of Shakyamuni’s teachings. He was a strong practitioner of the spirit of mentor and disciple, continuously engaging in teaching, writing, dialogue and debate. He wrote, “My wish is that all my disciples make a great vow.” That vow is to practice the teachings faithfully, grow one’s life force and compassionately teach others to do the same. SGI Nichiren Buddhism is a grassroots movement predicated on helping others. And by doing so, helps both the disciple and mentor to fully realize their fundamentally enlightened Buddha nature. Nichiren put it this way: “When one lights a torch for someone at night, one brings light not only to another person, but to oneself as well.”

The Soka Gakkai International began as an educational organization. Its mission is to contribute to peace, culture and educationbased on Nichiren Buddhism.

Soka education is dedicated to unlocking the full potential of every human being. It should be noted here that the word “Soka” means “value creation.” But what does that term mean? SGI’s third founding president, Dr. Daiaku Ikeda, explains, “Knowledge alone cannot give rise to value. It is only when knowledge is guided by wisdom that value is created. The font of wisdom is found in the following elements: an overarching sense of purpose, a powerful sense of responsibility and, finally, the compassionate desire to contribute to the welfare of humankind.”

It strikes me that many of the attributes of Soka education also apply to a relatively new program called AGREE.

Based on the Golden Rule, AGREE’s mission is to provide “high academic standards that implement the Golden Rule with empathy, respect, civility and kindness.”

In many ways, AGREE’s mission dovetails with the value creation ideals found in Dr. Ikeda’s’ explanation of Soka education.

Both embrace “a powerful sense of responsibility” and “the compassionate desire to contribute to the welfare of humankind.”

Edward Casper is a Board Member of the Arizona Interfaith Movement, representing SGI Buddhism.

“Knowledge alone cannot give rise to value. It is only when knowledge is guided by wisdom that value is created.”