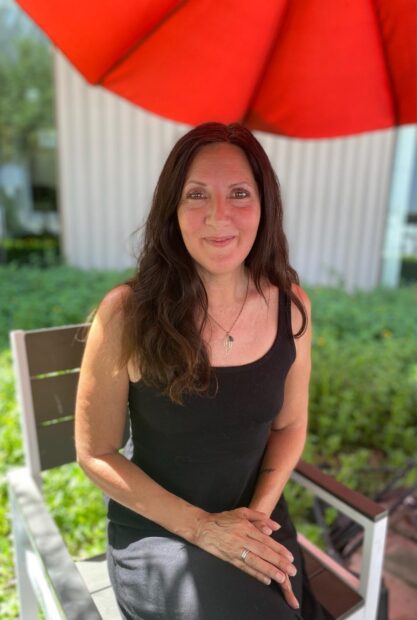 Stacy, who was raised by a single mom, knows what it is like to be poor. She grew up with a diverse group of neighbors and friends. Along the way, a golden rule moment shifted her understanding heart to be driven with compassion and became a champion for others by solving their problems and putting her organizational talents, skills and resources to work. Sometimes, if necessary, she raised hell.

My eyes popped when I read a story that singled out Stacey as an advocate for the homeless. A recent headline in The Guardian stated, “As many as 500 homeless people died in the Phoenix area in the first half of 2022 and the number of unsheltered people in Maricopa County has at least tripled since 2016.”

The causes of death were homicide, suicide, and drug addiction as well as the intense Arizona heat. The unsheltered has risen significantly with increasing costs of rent and rose dramatically among seniors aged 55 and older, African Americans and the indigenous population.

I knew of Stacey as a business owner and a consultant in public relations, marketing, and communication. Truly, golden rule moments shaped, and sometimes in dramatic ways, Stacey’s care for the homeless and her work to bring about policy changes on their behalf.

A few stories are worth recounting. A young Hispanic student was sitting quietly in the park near a local campus when a security officer questioned his presence thinking he was probably a homeless person. Stacey learned of it and organized a sitting group for meditation in the same park to protest. She made it known clearly that the park is a public area where everyone should have access.

While dealing with her own health problems and insurance concerns, Stacey learned thoroughly about issues of illness and environmental quality. She built expertise in environmental quality, green building and sustainability which she then used to help others. She began to serve on boards for the Indoor Air Quality Association, Yavapai Big Brothers Big Sisters, Livable Communities Coalition and Sustainable Arizona and co-chaired Sustainability Advisory Committee to the Mayor of Phoenix.

Unbeknown to you, Stacey has also been your very own advocate when she led a petition of utility customers against the 2017 rate hike that argued that the rates were unjust and far more than the publicized $6 monthly increase. Though the judicial process did not result in a rate decrease, it resulted in a $5 million refund to APS customers in a later court settlement.

Stacey pushed for a change in policy in dealing with customers who are unable to pay their utility bills. The Commission was confronted with the death of a 72-year-old customer in Sun City

West who died from heat exposure and cardiovascular disease in September 2018. Her power was disconnected by APS when she owed a paltry $51 on her bill.

Last year the Arizona Corporation Commission voted to ban disconnections for customers who owed less than $300 for electricity and $100 for natural gas as well as a moratorium barring public utilities from disconnecting customers who were late on their bills from June 1 through Oct. 15.

With more stories to tell, Stacey Champion has been your champion. Yes, her last name is “champion.” Overflowing with empathy and compassion Stacey is truly a golden rule champion.

Albert Celoza is the Executive Director of the Arizona Interfaith Movement.

Stacey Champion is an example of the golden rule. STACEY CHAMPION